A new campaign in Hemyock urging people to compost their kitchen waste is being fronted by TV celebrity Kirstie Allsopp.

A series of radio, bus and supermarket trolley advertisements will tell people how to turn 'buds to spuds' and 'cauli's to flowers' in the Devon Authorities Recycling Partnership scheme.

Liz Poulter, Senior Waste Manager for Devon County Council, said: "Composting is nature's way of recycling and home composting is one of the most effective actions that can be taken to help the planet."

Over a third of the average Devon householder's waste can be recycled into compost.

Grass clippings, hedge prunings, leaves and other leafy garden waste can be added to the compost heap with uncooked kitchen leftovers, such as tea bags, peelings and egg shells.

Once rotted down over a period of about six months, the organic compost can be used to enrich and mulch the garden, keeping moisture in the soil during hot summer months. 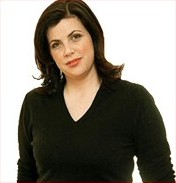