During what many were describing as one of the best Twinning visits so far, over 60 French friends from the St Herblon area of Brittany visited Hemyock and the Upper Culm over the weekend. Outings included the Plymouth Aquarium, Montacute House and Julian Temperley's Somerset Cider Brandy Company at Kingsbury Episcopi. There was also a very special evening of folk music and dancing at Hemyock Parish Hall on the Saturday evening. Secretary and Organiser Mike Eastick was thrilled at the response of members and local people who had opened their homes and wholeheartedly made the visitors welcome - which bodes well for the return visit to France next year.

Stephanie Belouin & Isabelle Rouller-Bonnet, who led the French contingent, spoke of the special and deepening relationship which these two very similar rural areas were enjoying and thanked Chairman Brian Clist on behalf of their group.

The proposed dates for the visit to France next year will be on 21/05/08 to the 26/05/08, dates to be confirmed. People interested in going along should contact Mike Eastick on 01823 681651 or mikeeastick@tiscali.co.uk. This visit is going to be very popular as the formal Twinning Ceremonies are planned.

The Upper Culm Twinning Association have also organised some events for later in the year - A boules competition on June 9th, also an autumn dance to "Generation Gap" on September 22nd. For further information check this web site or contact Mike Eastick. 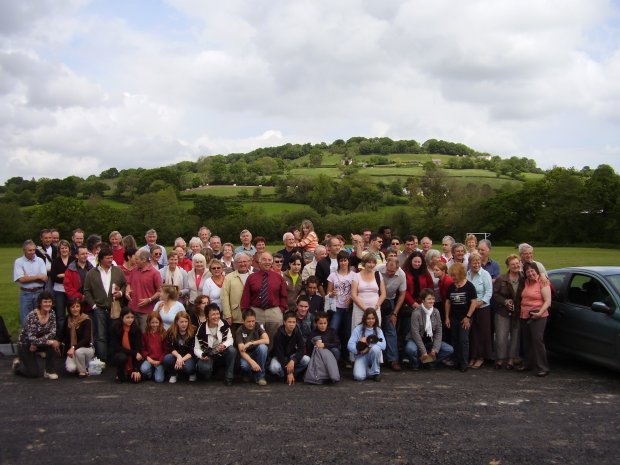